Outlandish, stunningly weird ensembles have been de rigueur on fashion runways in Paris and Milan for years.

On Sept. 18, an impromptu runway set up inside the Haight building in downtown Elgin went a step further when a charity fundraiser “Trashion Show” was presented by suburban salon, Spa Bleu.

Models sporting tops made out of paper, skirts fashioned from marketing posters and dresses assembled from discarded upholstery fabric sashayed and posed for a sold-out crowd of more than 250 attendees.

“It was an amazing evening and it surpassed everything we thought it would be,” said Colleen Fahy, team leader at Spa Bleu.

Fahy said more than 30 models, including three beauty pageant winners, displayed outfits created by salon employees and art students. One gown was made entirely from playing cards from the Grand Victoria Casino.

“All the garments are made from 100 percent recycled materials,” she said. “They’re all different.”

Fahy said proceeds, raised through ticket sales and a silent auction, will benefit Educate the Children International, a nonprofit New York-based organization that focuses efforts on improving the lives of women and children in Nepal. A devastating earthquake hit the country last April.

“It’s important for us to do things like this,” said Fahy. She said Salon Bleu, an Aveda salon with locations in West Dundee and South Barrington, is committed to charity fundraising. “Giving back is a huge company value.”

Fahy said the event raised more than $2,600 for the charity.

Danielle Hayes, a stylist at the salon, worked on creating three dresses with three other salon employees.

“My cousin is Miss Illinois. We kind of paired up with her. We’ve got some pageant royalty,” said Hayes.

“All the pieces were from scratch,” she said. “They all coordinate together. They’re really cool.”

Student volunteers from The Illinois Art Institute in Schaumburg made a total of 17 garments for the show.

“Our design students were very excited about it,” said Tammy Tavassoli, an assistant professor at the Schaumburg school. She said the students, who recently finished a class study about sustainability, embraced the chance to repurpose materials for a constructive cause.

“I have a garment that is just newspaper,” she said.

Fahy said the Haight building was chosen for the event because it offers a chic, urban ambience.

“One of the stylists in the salon got married there,” said Fahy. “This is just the perfect place for us. It’s so cool in there.” 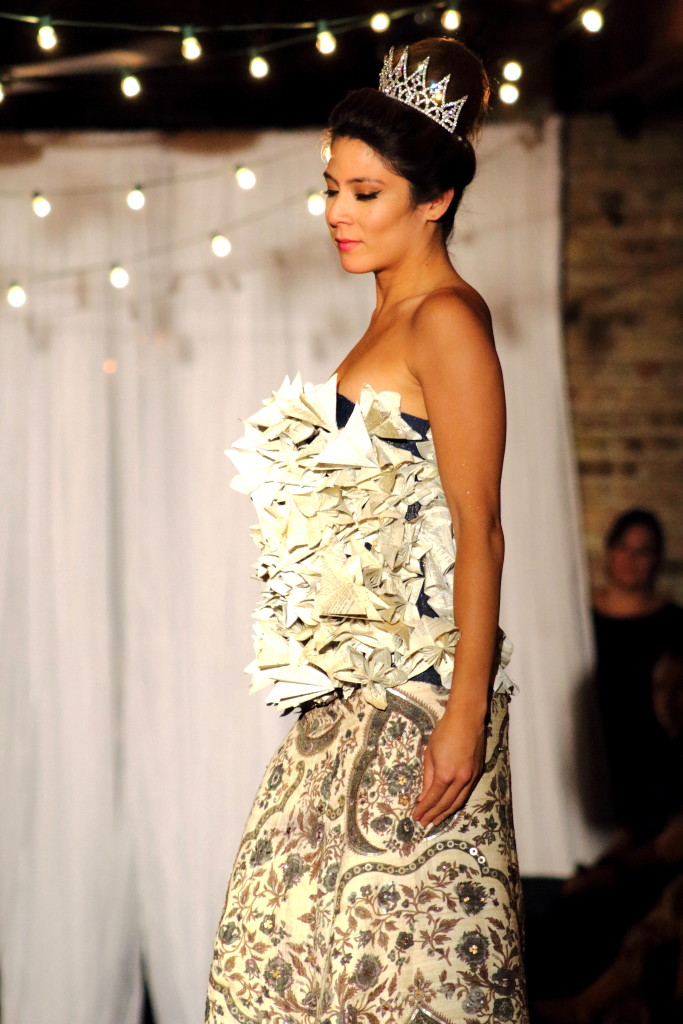 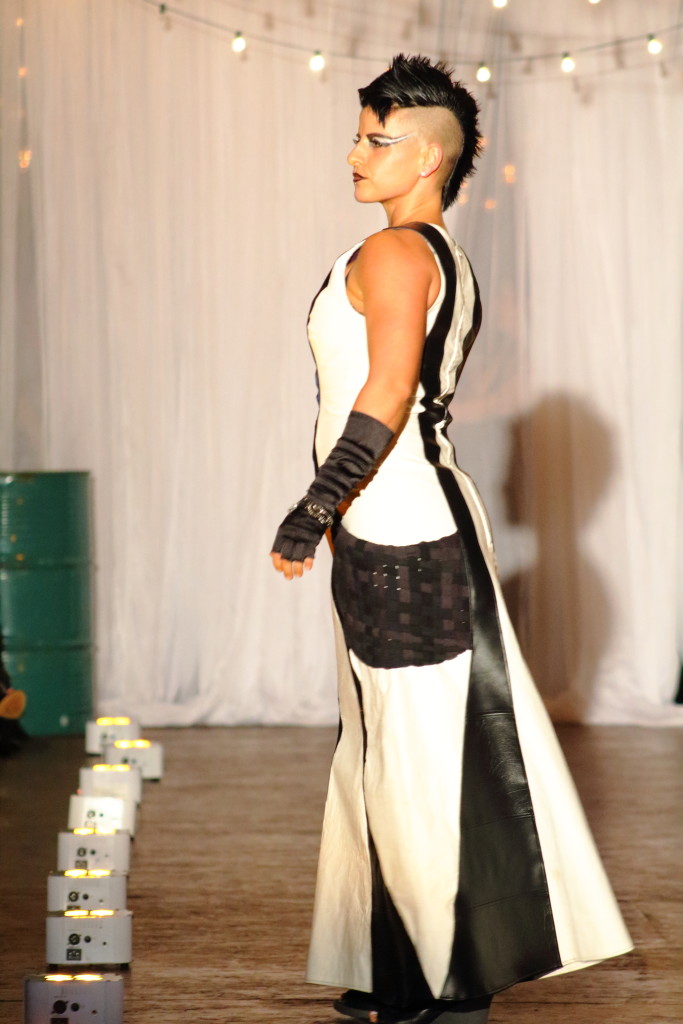 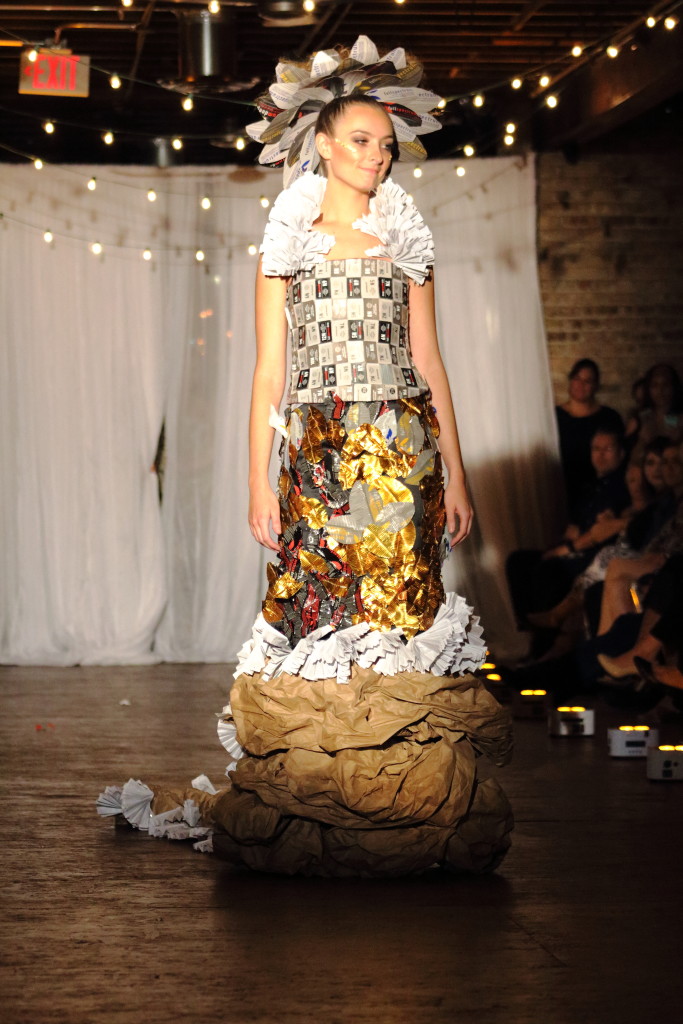 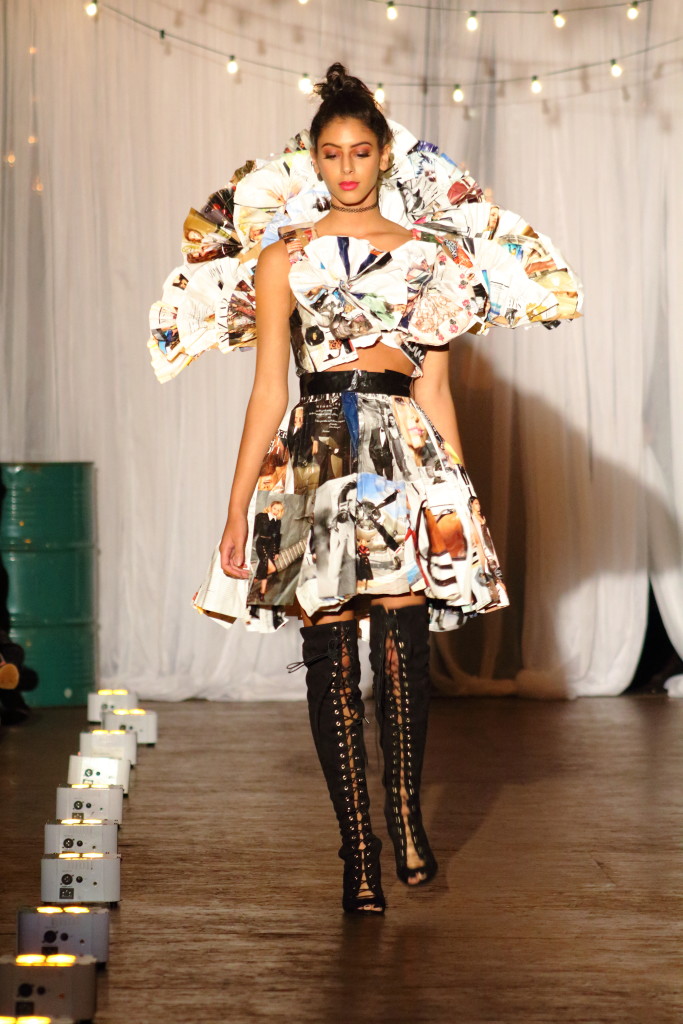 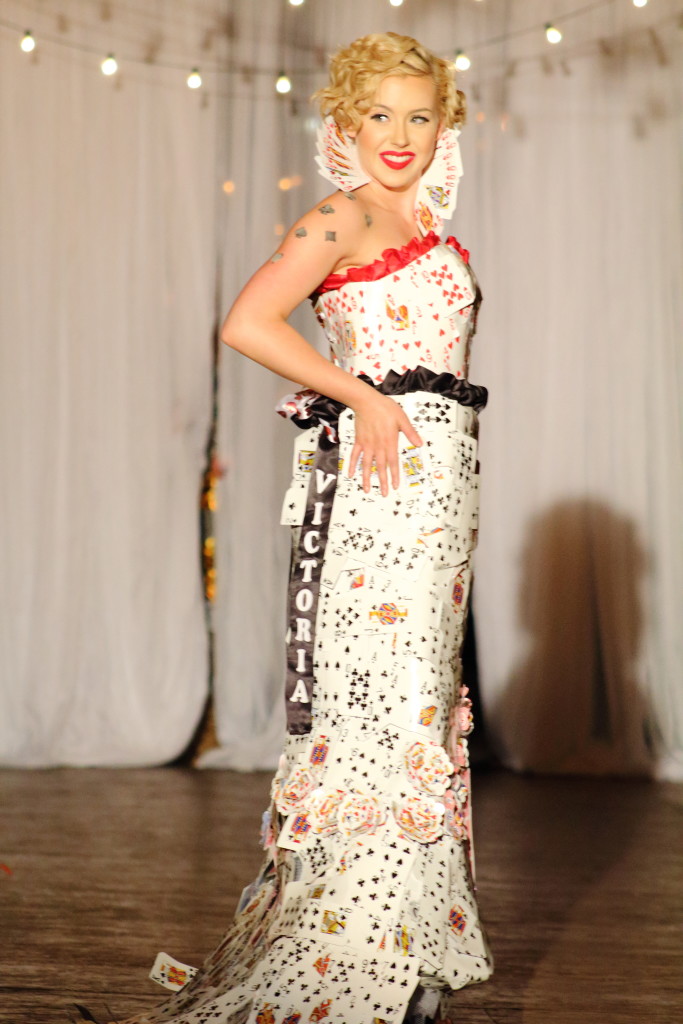 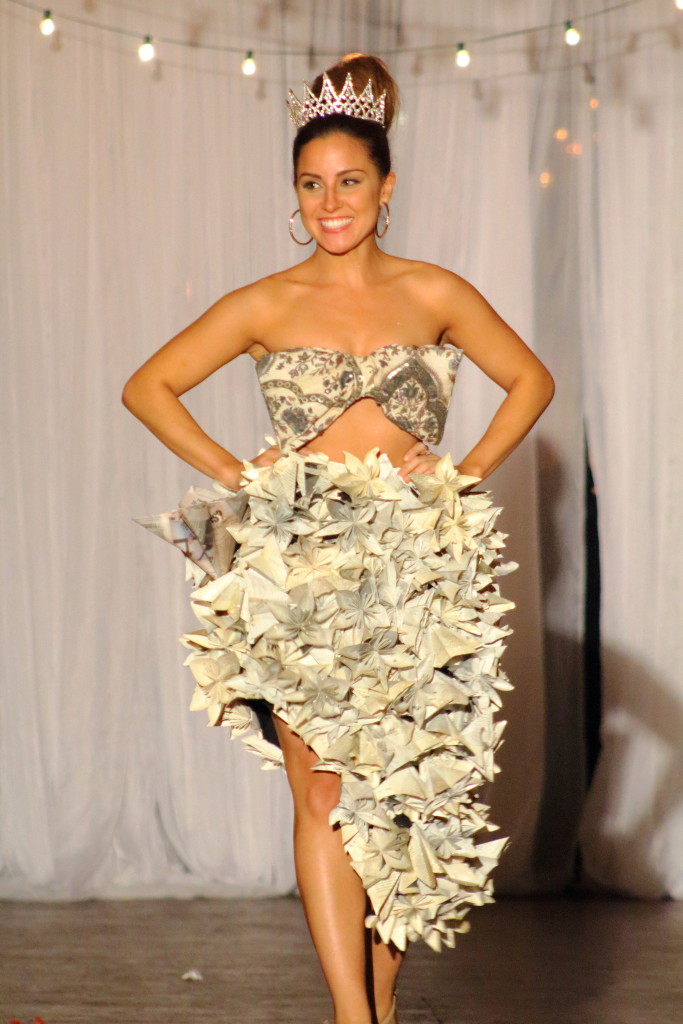 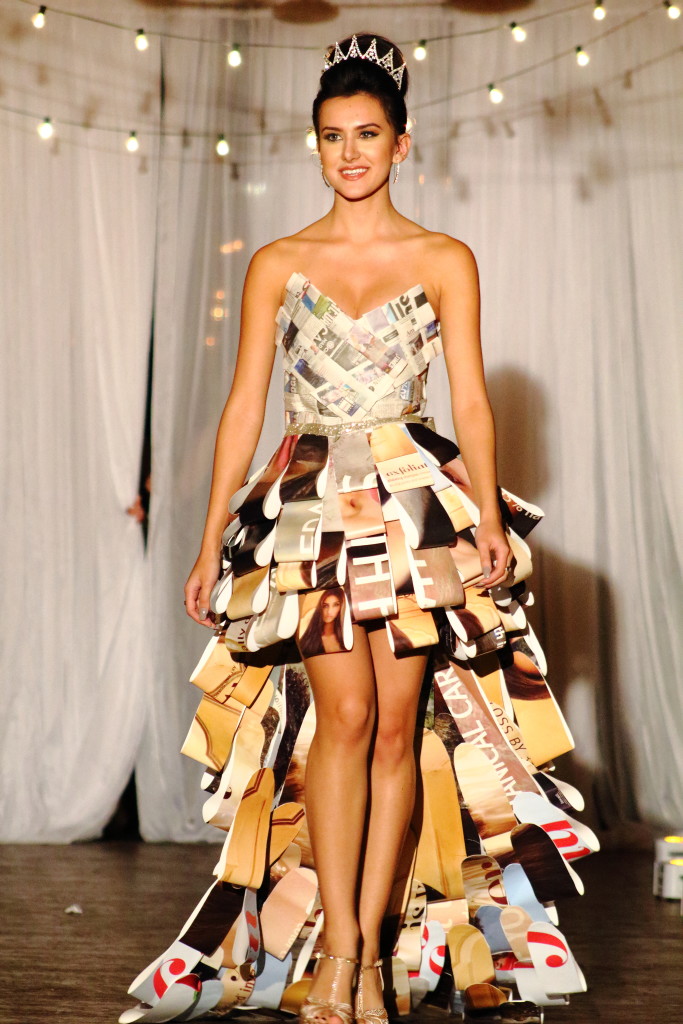 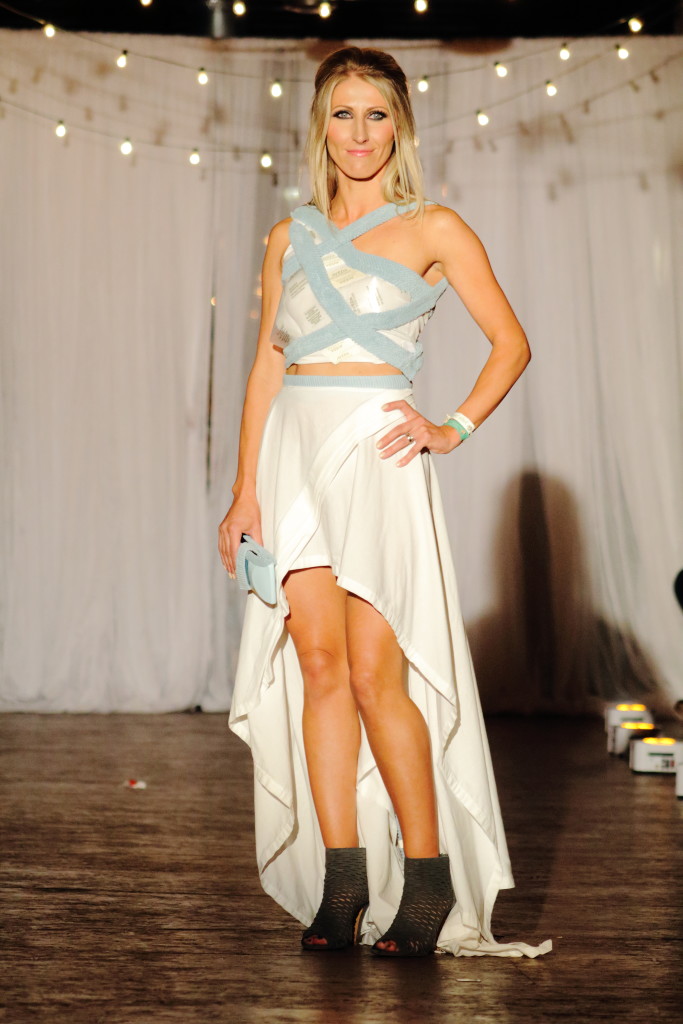